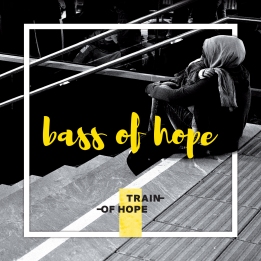 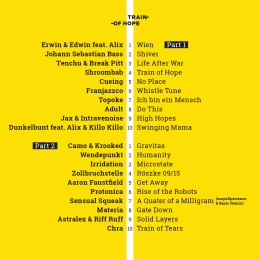 My new song has a very special story. As some of you might know, the initiative Train of Hope was founded, when suddenly thousands of refugees arrived unexpectedly at the train stations in Vienna in the summer month of this year. Many people started to help. The help was mainly organized by the civil society and people over the internet and social media. As an online journalist who writes about social media & activism and music producer, I thought that I want to make my own contribution – in terms of music.

My musical project
For my song Train of Hope I collected 40 voices from people all around the internet & offline – from fans, co-workers, workshop coordinators, trainees, teachers, it-specialists, project managers, radio journalists, programmers, computer nerds, students of informatics & other subjects, my twitter followers, ceos, mums, dads – and even a child contributed to my project.

Little Sarah, nearly 8 years old. I was very impressed by her voice and her engagement and her talent! I loved her contribution, so you can hear her more than one time in my song. And Sarah – who was one of the first who was allowed to hear my finished song – was so thankful. She sent me a drawing of her with Train of Hope after listening to my song. I was impressed one more time!

From my heart
For me, recording the song Train of Hope was a heart project. It is my contribution to help in the current situation that Europe has to live with. And my statement in favor for more humanity and less hatred.

Train of Hope is my contribution to the album sampler Bass of Hope which I compile together with Ira Federspiel from the social media team of Train of Hope. It will be the first single, 19 other artists and 1h 45 minutes of electronic music are part of it. You can expect some bangers alongside chill-out sound and a lot of psy. All we earn with selling the compilation, will be given to the Train of Hope team to help refugees in Austria. Release Date: December 1st! I will blog more on that project soon.